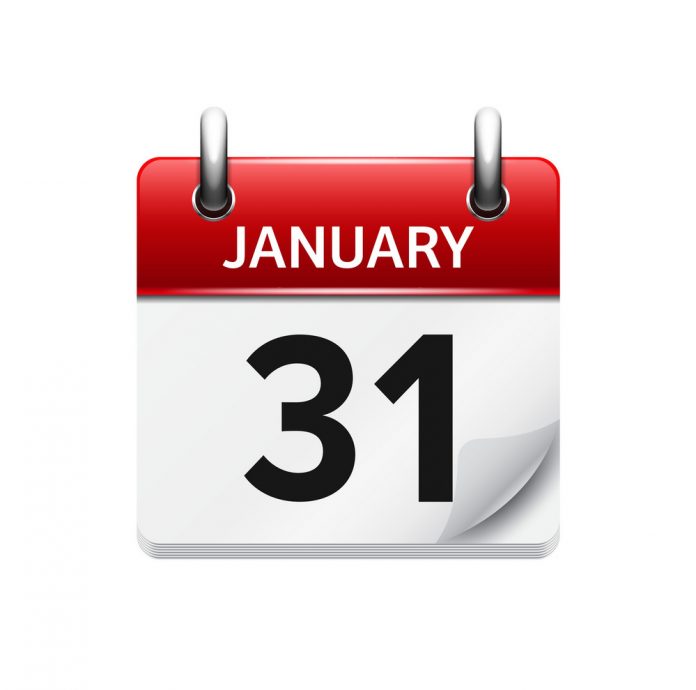 With the 31st January only a week away, the people of Kent are being warned. There are adverts on the television and radio informing people to be wary of this date, but there is only one week to go, so we are jumping on the bandwagon too.

The first problem for most people, is that 31st January is the self-assesment tax deadline. For a lot of Kent folk, this is not an issue. Not because they don’t work, rather that if you are paid via PAYE (Pay As You Earn), then your company already takes care of your tax payments. For anyone else, such as the self-employed or plumbers who get paid with cash, there is only a few days to fidlde the books and gather all those takeaway receipts together. For anyone who cannot be bothered to submit their tax on time, they could get a £100 fine.

Whilst the plumbers and electricians will be panicking about their tax situation, the rest of us will be enjoying the UK’s exit from the EU. This will happen at midnight on the 31st January 2020. While we have all been waiting for news of a big party, the Big Ben committee (which is managed by a bunch of Remainers) managed to mess up the whole thing by scuppering the bells being rung at midnight.

Apparently the Government may project a big clock onto the side of the Houses of Parliament instead. Which is hardly a fair trade – unless we get Boris abseiling down in front of it on the stroke of midnight. There will probably be one last fight between the Brexiteers and Remainers who are still protesting in Parliament Square.

Those who do not live close enough to London to enjoy the anti-social behaviour and riots, you can celebrate at home with the TV and a glass of vino. There is absolutely nothing special lined up for the historical occasion, which may be a relief for some. Unless you watch Naked Attraction on Ch4 at 11.30pm with plenty of wrinkly skin, lots of hair and some d!@ks. Which is not far off Brexit after all.

For anyone else who is not a plumber or couldn’t care less about Brexit, the 31st January can be remembered as the day in history when a chimp was sent into space (1961). It is also the first weekend following your first pay packet since Christmas. So it will be time to put on your best rags and go out and have a proper celebration.